Download for
Sep 12, 2022
Stable
Update of the Apple certificates for the distribution of the macOS app. It’s been 4 years already! 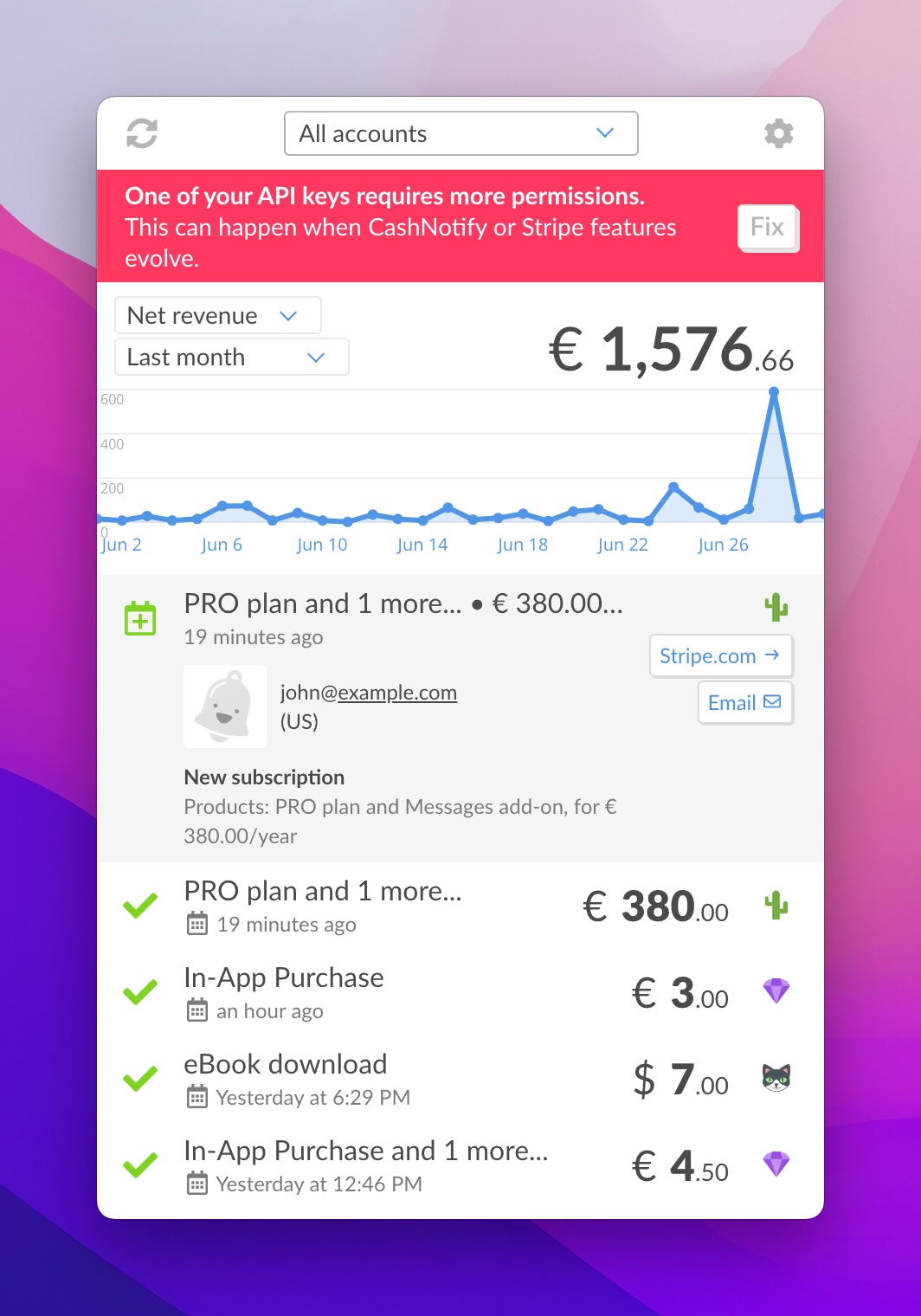 Some love 💖 for the dashboard 📈
Specifically: MTD, and a bit more history than before with “Last month”.

CashNotify now supports Stripe’s restricted API keys!
This is a great improvement security-wise, as you can now use read-only Stripe keys with CashNotify. 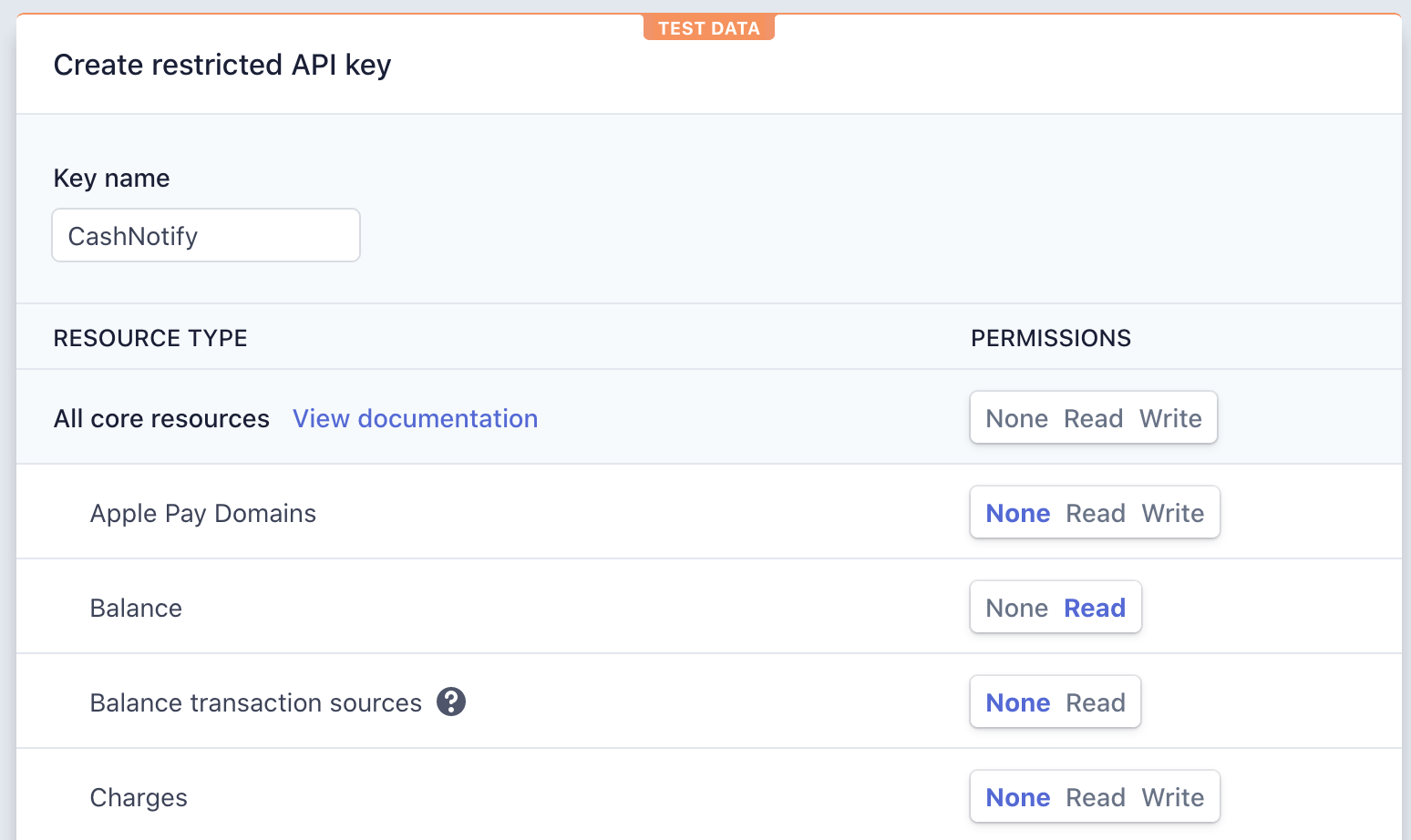 As soon as restricted keys were introduced in 2017, we wanted to make use of them… but couldn’t without sacrificing some features (e.g. automatically getting account’s name and logo).

Now, almost 3 years later, more users are asking for CashNotify to support restricted keys, while Stripe did not answer our request. Considering the benefit of added security is a lot higher than some aesthetic features, we added support for restricted keys, and built new options to customize accounts’ names and logos.

If you still use an unrestricted secret key, it won’t change anything. However, if you use a restricted key, you’ll notice that the account will use a generic name and logo. You can customize them after adding the account to CashNotify, by clicking on the name and logo to choose another file (png/jpg/gif/ico):

This also means that you can now use a custom logo on PayPal accounts—which didn’t support them :)

Note: You’ll need to download this update manually, as there’s still a certificate issue preventing updates from previous versions. Further updates should be fine. We’re sorry for the trouble.

Overall simplification of management / positioning of the app window: 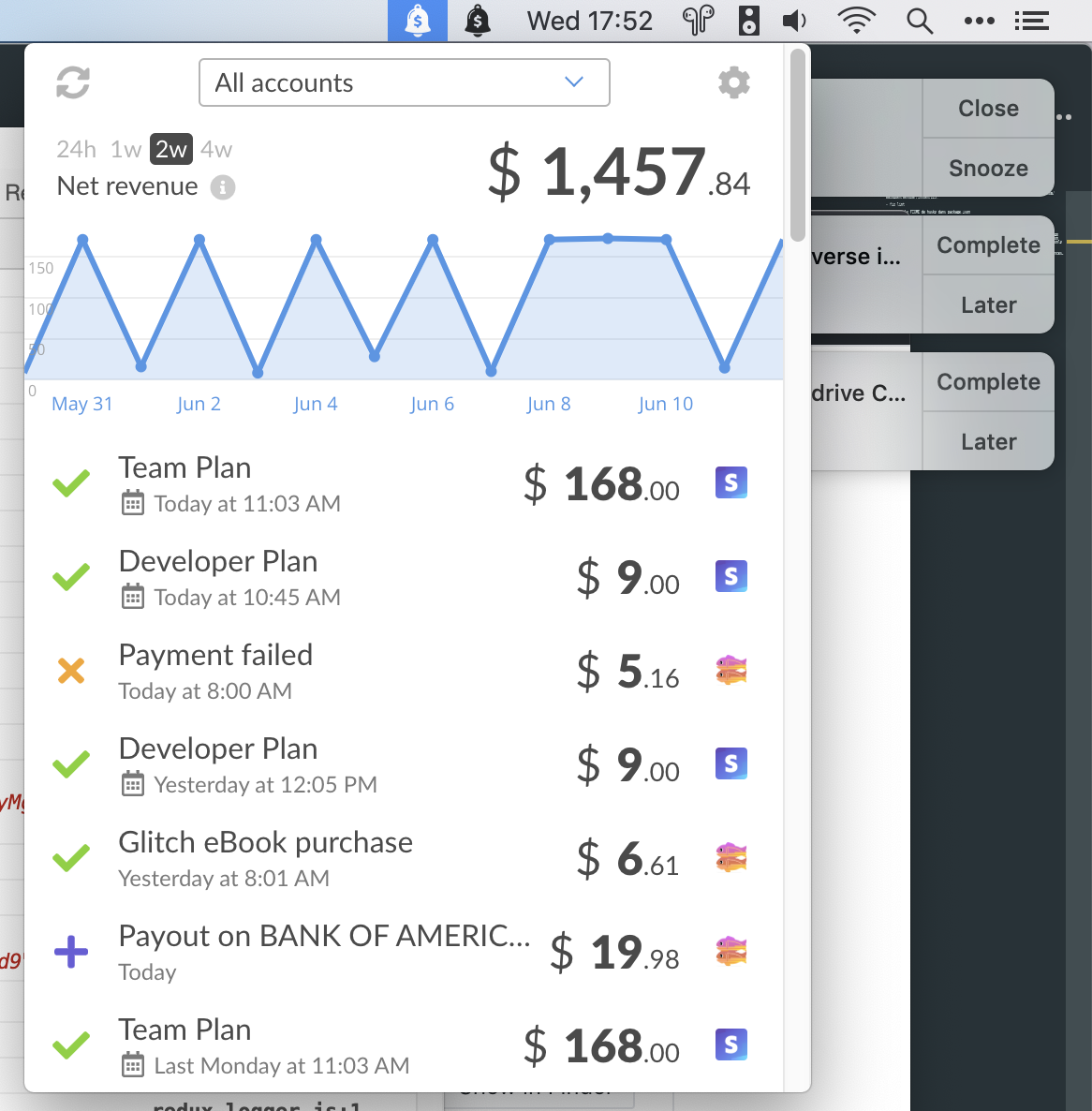 Windows users: If you have already upgraded to version 3.1.0 and CashNotify crashes, you will need to perform a manual update. Download the latest version and install it over your current version. 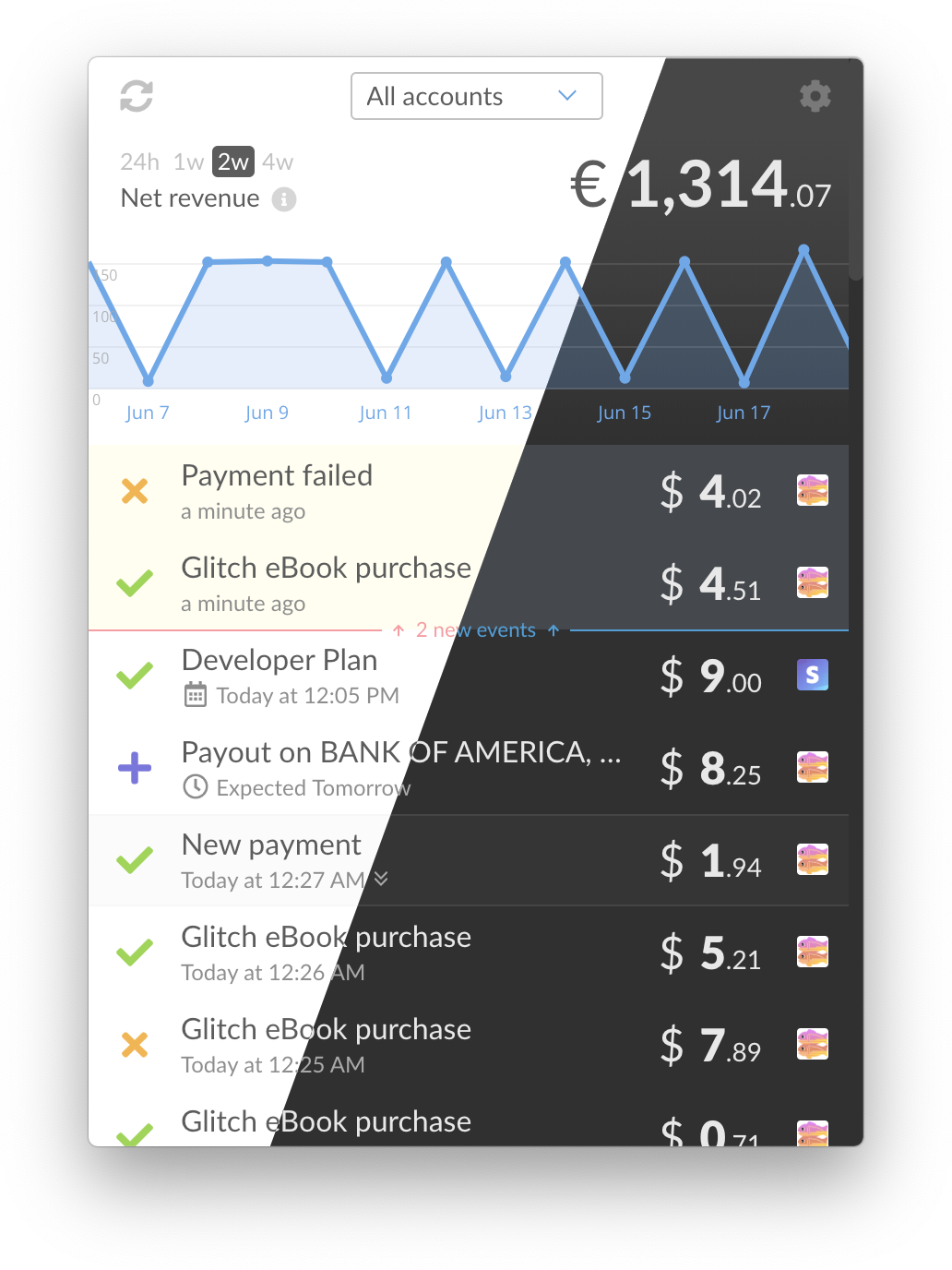 At last! CashNotify 3 is a huge release, in the work since early 2018.
It brings 2 new big features — PayPal and Windows — as well as a lot of smaller improvements. 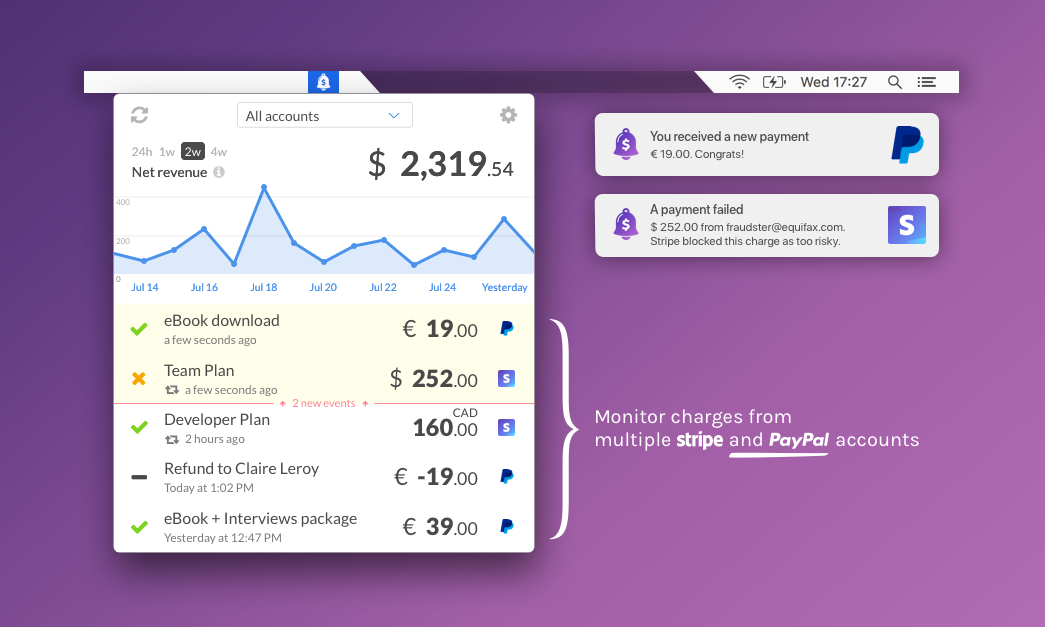 Both Windows and PayPal development were painful — PayPal especially.
A big thank you to everyone who helped us throughout our betas!