We (sometimes) have bugs, and we’re grateful to our users for pointing them out (👋 Curt!).
However, it’s always been difficult to debug, because we had to ask our users to open the logs and send them to us manually.

To solve this problem, we have implemented automatic exception tracking (we use Sentry.io).
This will allow us to proactively know when something is wrong with CashNotify, so we can fix it.

That’s why we report only basic error information by default — no data about your Stripe account or transactions are sent. We try to tie error reports to email addresses whenever possible, for the sole purpose of contacting you to request additional information, should we need them.

Should we need more information to debug a particular issue (e.g. the app crashes due to an unexpected Stripe event) , we will ask you to enable a new option Send additional debug logs: 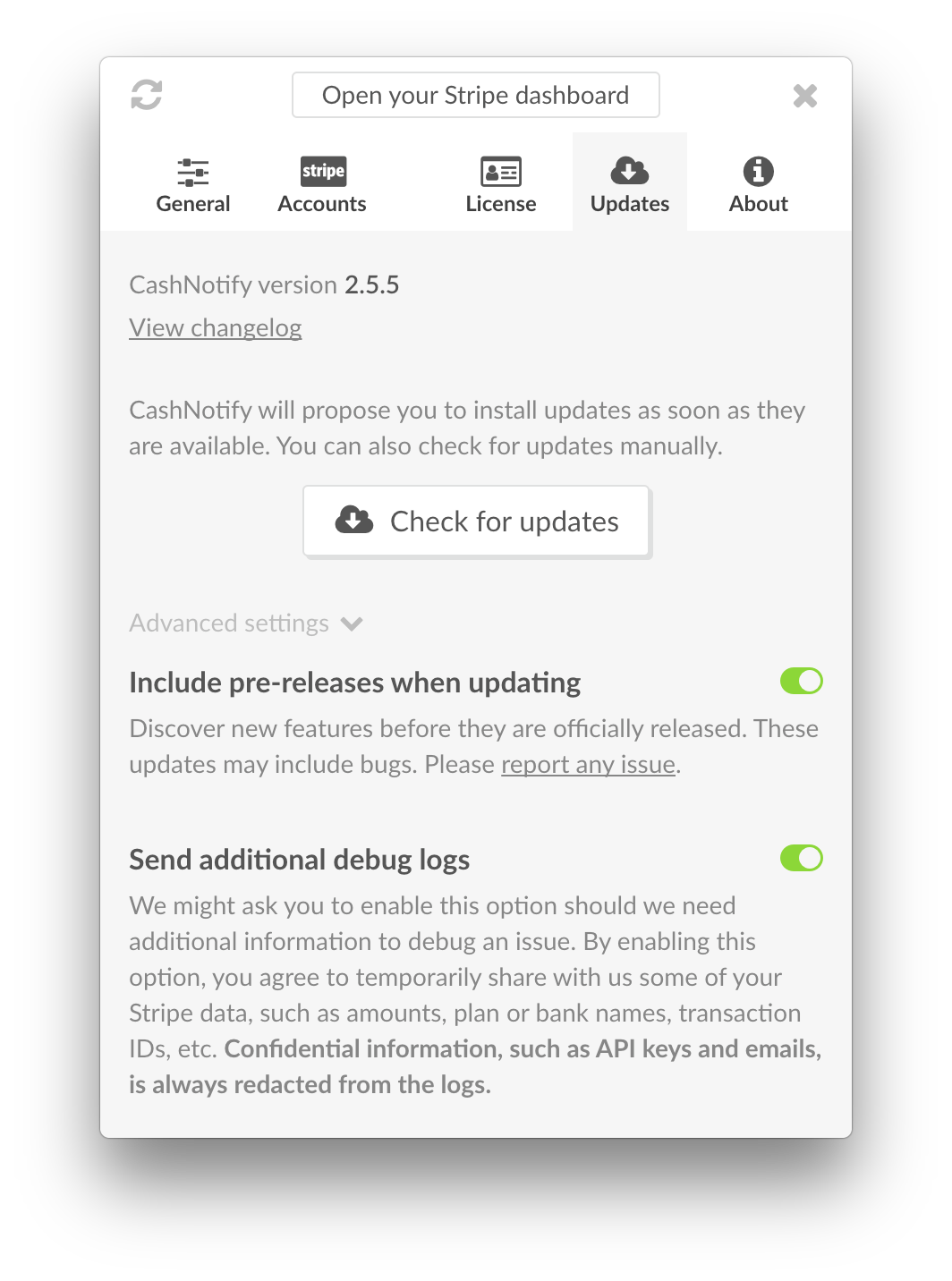 This will add additional data to the exception logs. Depending on the bug, this data may contain confidential information, such as transaction amounts, bank names, payment ID, and so on.
However, API keys and customers’ email will never be shared, as they’re redacted.

In any case, we strongly believe in the confidentiality of the data and we will never do anything with this data, will share it or exploit it, once they have helped us to solve the problem.

Feel free to talk to us if you have any question about this (or anything else, really).

Read more about what motivated this release: A Better “Net Revenue” Indicator.

We’re adding fee details on payments and refunds. It’s especially helpful when Stripe converts the amount paid by your client into your account’s currency.

Excluding fees from the revenue graph

We’re adopting the same “net” definition as Stripe by excluding fees from our graph. The graph now reflects what will be transferred to your bank account. 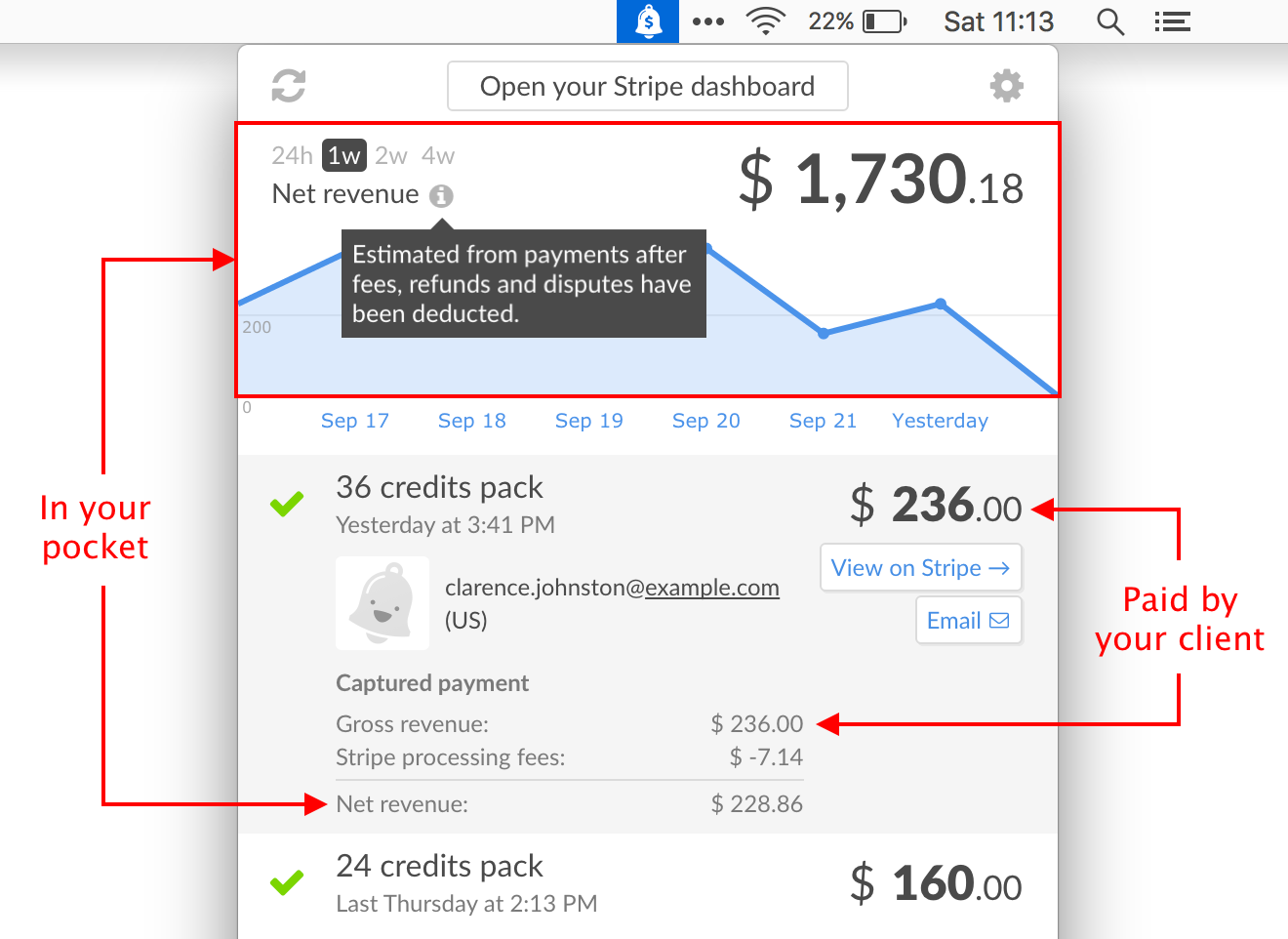 We changed our Apple Developer ID, which means the app certificate signature changed as well.
The only visible change for you might be that CashNotify prompts you again to accept rights to read the CashNotify key in your Keychain. You need to accept, that’s normal.

Add a new 4w option to the dashboard.

So here it is:

Also, to answer the inevitable question of “Why 4 weeks / Why not 1 month?“:

Actually we chose 28 days (4 weeks) because that’s what Stripe did on their new web dashboard.

We also added an error message if you try to use a Stripe Restricted Key. CashNotify is not yet compatible with them, even though we’d like to. We wrote about it here.

Here is the changelog since last stable version 2.3.1.

Here is the changelog since last stable version 2.2.1.

Note: not reviewing a flagged payments has no malus: you’ll still get the money by default. However, it’s good practice to review it: should you detect anything wrong, you can refund it without any penalty, before the payment might be disputed (which involve both a lot of time spent and a potential chargeback).

Let us know what you think @CashNotify!

This 2.2.1 release brings payouts to CashNotify, as well as a big performance improvement, with x2-x4 less CPU load on average.

Let us know what you think @CashNotify!

🔥 This is the official release of v2, yeah baby!

CashNotify will automatically prompt you to update to the latest version (v2.1.1) next time you launch it.

Here are the big new features since v1:

We’re hard at work on bringing you the most requested features. To get smoother updates out there, we intend to release small and often. Part of this process will involve optional updates, which we’ll call our Beta channel.

Starting from 1.0.1, you can opt-in to get Beta versions as part of your updates. We intend to ask for very specific feedbacks, so the setting is — on purpose — not easily visible.

Ask us @CashNotify to know how to enable Beta updates ;)

CashNotify is now considered stable, and for the occasion is upgraded to v1! 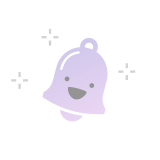